In an environment of choice, there will always be those who choose one side or another. Or choose to not choose at all. Or go along with the cultural tide to not rock the boat. What’s a Christian to do? ♦ 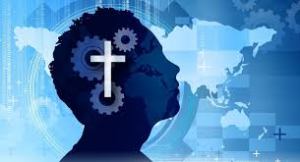 There’s a growing sense among Christians that things are changing for the worse. While there are brutal acts of Islamic terrorism around the world, there are heartless acts of violence here in America conducted by lost young men who seem merely hell-bent on destruction, hate and evil toward their fellow man.

And then there are the culture wars.

The division of a people or nation along cultural, political, and religious lines is hardly a new occurrence in the history of man. Totalitarian regimes excepted, in an environment of choice, there will always be those who choose one side or another. Or choose to not choose at all. Or go along with the cultural tide to not rock the boat. That is the human choice we all have. We are all actually free to decide what matters, where to focus, what to read, what to learn, where to live, how to live, what to do, and how to do it.

And what to think and believe. It’s the way it’s always been since the origin of Man – even that, another point of contention and potential divide!

Faith and Good Reason
On all the hot topics of the day I find Christians who are on all sides of these issues. Be it global warming, evolution, or gay marriage, even the full deity of Jesus, good believers in Jesus come in all strands and flavors. From blind and even ignorant faith (“God said it. I believe it. That settles it!”), to rationalized positions of belief all along the political spectrum on each of these highly debatable topics, Christians today can sometimes make the agnostics seem clear-thinking.

Many are confused or are clinging to faith by a thread that is being stretched and pulled and almost at its end.

One’s faith in the Biblical Jesus and the application of that faith to all matters of societal concern or current cultural whim, trend, evolution, or even judicial court, should rest on rock solid grounds of reason, proof, and confidence.

So How Do You Have Faith Like That?
Faith is not to be fully separated from reason or proof. Yes, “faith is confidence in what we hope for and assurance about what we do not see. (Hebrews 11:1), but that shouldn’t keep us from dismissing reason and argumentation. Apologetics, the systematic use of reason, intellect and information in the support or justification of typically religious doctrine, is very fair game. It should be the goal of all Christians in an increasingly hostile and contentious culture to become fluid and facile in this discipline.

As was his custom, Paul went into the synagogue, and on three Sabbath days he reasoned with them from the Scriptures, explaining and proving that the Messiah had to suffer and rise from the dead. “This Jesus I am proclaiming to you is the Messiah,” he said. Some of the Jews were persuaded and joined Paul and Silas, as did a large number of God-fearing Greeks and quite a few prominent women. (Acts 17:2-4), see also Acts 18:4, and 28:23

Jesus himself calls out the need for firm testimony:

So knowledge of the arguments, skillful discussion, proof points, confirmation and testimonies are required. The entire Bible is all about evidence and proof. God held Israel accountable because they had all the evidence in the world, and yet rebelled. As Moses concluded that they were without excuse (“You were shown these things so that you might know that the Lord is God; besides Him there is no other.” – see Deuteronomy 4:34-35), so Paul notes in Romans 1:18-32 a very clear description of fallen Man that should leave all of us shuddering in humble repentance and submission to God.

4 Keys for Dealing with a Worldly Culture
Here are 4 practical keys to remember when dealing with a worldly culture on topics of contestable debate:

Regardless of the topic, God’s people need not succumb to the changing whims and appetites of the masses, nor the edicts of powerful people. Rest assured in the certainty of the Scriptures, not on my word, but upon the study and discovery of its Truth for yourself.

Do you know the truth about climate change, evolution, gay marriage, and Jesus?
_______________________________
“Do not fear their threats; do not be frightened.” But in your hearts revere Christ as Lord. Always be prepared to give an answer to everyone who asks you to give the reason for the hope that you have. But do this with gentleness and respect, keeping a clear conscience, so that those who speak maliciously against your good behavior in Christ may be ashamed of their slander. – 1 Peter 3:14-16