The Kingdom of Heaven is not just referring to the hereafter. It is now, in this world, in this life. The implications and directives, according to Jesus, are significant. ◊ 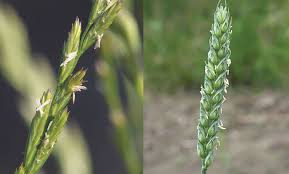 After the heralding cry of John the Baptist of the coming Kingdom of Heaven, it was Jesus himself who taught His disciples, and subsequently us, that the whole world was being ushered into a new realm. The Kingdom of Heaven (sometimes referred to as the Kingdom of God) was here, tangible yet spiritual, logical yet upside down, in contrast to our common ways of thought and expectations.

We need only look at the Sermon on the Mount and Jesus’ teaching Parables to see the strange and oddly beautiful beatitudes (blessings) and characteristics of this new Kingdom. Of course, the Kingdom is both real and aspirationally spiritual. It is something of which we should all want to be a part, but realistically (and Jesus knew and noted full well), not all would participate or immerse themselves.

The Kingdom of Heaven?
The Kingdom of Heaven is here on earth now. Yes, heaven too, but there’s no denying that Christ talked about life in this present world that was going to begin to look and work differently because of His coming. His first coming. Don’t think this is something only pushed to the afterlife – He has not left us that option. His physical life, death, and undeniable resurrection from the dead, was the beginning of God Immanuel being “with us” physically and spiritually, now and forever.

Note that before Jesus, God only interacted with His highest creation, Man, through selected spiritual appearances, angels, and dreams. After Adam’s sin forced the real and spiritual separation from Holy God, we see handpicked intervention with men like Noah, Abraham, Isaac, Jacob, Joseph, Moses, Joshua, Samuel, Saul, David, and prophets like Elijah, Elisha, Jonah, Isaiah, Jeremiah, Ezekiel, and Daniel. It wasn’t until John the Baptist was a new message being proclaimed “Repent, for the kingdom of heaven has come near” (Matthew 3:2) and then:

“I baptize you with water for repentance. But after me comes one who is more powerful than I, whose sandals I am not worthy to carry. He will baptize you with the Holy Spirit and fire. His winnowing fork is in his hand, and he will clear his threshing floor, gathering his wheat into the barn and burning up the chaff with unquenchable fire.” (Matthew 3:11-12)

John spoke of one man coming with power, authority, and judgment. It was Jesus Christ of Nazareth, by way of Bethlehem, the birthplace of the promised Jewish Messiah (Micah 5:2), the one born of human and supernatural lineage (Matthew 1) and who lived, spoke, and died like no other man in human history.

The added point we learn through Christ’s teaching is that this Kingdom is here and now and is fraught with evil, deception, and ultimate judgment by Jesus/God and Jesus/God alone. It is enough to alarm anyone paying attention.

And it’s summarized in a very brief and understated parable in the Gospel of Matthew.

The Parable of the Wheat and the Weeds
This parable comes immediately after the Parable of the Sower and, while different in all symbols of representation, acts as a corollary agricultural parable that highlights 3 major lessons for us about the Kingdom of Heaven. This is also called the Parable of the Tares or Parable of the Weeds in the Grain. Note (as pictured) that a tare is a darnel weed that looks like wheat grain until just before harvest.

Here is the full parable and explanation:

Jesus told them another parable: “The kingdom of heaven is like a man who sowed good seed in his field. But while everyone was sleeping, his enemy came and sowed weeds among the wheat, and went away. When the wheat sprouted and formed heads, then the weeds also appeared. “The owner’s servants came to him and said, ‘Sir, didn’t you sow good seed in your field? Where then did the weeds come from?’ “‘An enemy did this,’ he replied.

“The servants asked him, ‘Do you want us to go and pull them up?’ “‘No,’ he answered, ‘because while you are pulling the weeds, you may uproot the wheat with them. Let both grow together until the harvest. At that time I will tell the harvesters: First collect the weeds and tie them in bundles to be burned; then gather the wheat and bring it into my barn.’” (Matthew 13:24-30

Here now is Jesus’ explanation of this parable to his disciples:

Then he left the crowd and went into the house. His disciples came to him and said, “Explain to us the parable of the weeds in the field.” He answered, “The one who sowed the good seed is the Son of Man (Jesus). The field is the world, and the good seed stands for the people of the kingdom. The weeds are the people of the evil one, and the enemy who sows them is the devil. The harvest is the end of the age, and the harvesters are angels.

“As the weeds are pulled up and burned in the fire, so it will be at the end of the age. The Son of Man will send out his angels, and they will weed out of his kingdom everything that causes sin and all who do evil. They will throw them into the blazing furnace, where there will be weeping and gnashing of teeth. Then the righteous will shine like the sun in the kingdom of their Father. Whoever has ears, let them hear.

3 Lessons
Here are 3 lessons for all of us living in this world then, now, and in the future, until Christ’s/God’s return in final judgment:

Therefore, vibrantly live today in the Kingdom on earth as it is in heaven. Be good seed, like one who is rooted in deep good soil (Parable of the Sower). Know, walk, and abide in Jesus to discern His will and purpose for you alone. Steer clear and be wary of evil and deception in your midst. The enemy (Satan and his demonic dominion) is real and corrupting. And finally, be humble and loving to all with no judgment or condemnation as it is beyond your role and ability to discern at the spiritual heart-level.

Tags: kingdom of God, Kingdom of Heaven, parable of the wheat and tares, seed, tares, wheat