Sue was a disciplined high-achiever who grew up in a non-religious home with a strong distaste for religion. The perfect set-up for a transformed life. ◊ 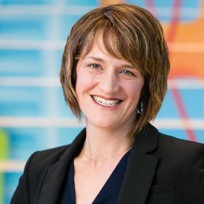 One can listen to a very compelling story on Saturday morning, (October 3rd) at Connect Silicon Valley’s Annual Prayer Breakfast (Virtual Edition). The event starts at 8:30am PST and is free. Here is the link to experience the powerful testimony of convicted businessman Mark Whitacre and Melonie Parker of Google.

I am reminded of another compelling story shared as well at one of these past Silicon Valley events highlighting real people struggling with life and faith.

This is the story of a woman named Sue Warnke.

This woman was an established Silicon Valley professional who was working for tech giant Salesforce. I was introduced to this woman a few months after I was told that she “surrendered her life to Jesus” as a new “born again Christian.” I was told she had an interesting story that she might be willing to share with others.

Indeed, a few months later she shared her turnaround story with others at a regional meeting where business professionals share their personal stories of faith and the marketplace.1

Agnostic High-Achiever
Sue was a disciplined high-achiever who grew up in a non-religious home with a strong distaste for religion and a preferred focus on human accomplishments. This professional married woman and mother of 3 teenage children succeeded in attaining her goals of work success, family, and social status in this performance-oriented California culture.

Who needed God when all’s going well? Certainly not her.

Yet something was missing.

Sue said that there was an emptiness and void in her life that no achievement could fulfill. Against all practical advice from friends, co-workers and family, she ended up leaving her established job with a major high-tech organization and explored a job that she thought would satisfy her inner craving.

In fact, she failed at the new job and was distancing herself from home and family. She was courting disaster and the realization that she not only was missing the mark but that she had quite possibly made a huge error in seeking this new career path.

Courting Disaster
Perhaps you’ve been there too. Making decisions that seem right and good but are wrong and even bad. It leads to confusion and fear and desperation. While it’s difficult enough when one has a Christian faith which could/should bring perspective and peace, imagine that lonely, lost feeling with nothing to turn to but your own doubting sense of value, judgment and capability.

During one more lonely business trip, deeply discouraged, isolated and facing job and career failure, Sue hit rock bottom one evening in her hotel room. No, she did not fall on her knees and pray to God. Actually, she says that thought never entered her mind – such is the godless mind of secular man. She simply spoke out loud in the privacy of her room and to no one specifically and said: “I give up. I can’t fix this.”

And God did not miraculously show up and immediately fix her problems.

Instead, in an uncanny series of small incidents and notions, her sensitized life began to change. In essence, her hardened heart melted.

Jesus Knocking
Sue now says that she was actually very much like those people in the 1st century church of Laodicea, spoken about by Jesus in Revelation 3. Only she didn’t even go to church! Yet she was affluent and distant from God.

“To the angel of the church in Laodicea write… I know your deeds, that you are neither cold nor hot. I wish you were either one or the other! So, because you are lukewarm—neither hot nor cold—I am about to spit you out of my mouth. You say, ‘I am rich; I have acquired wealth and do not need a thing.’ But you do not realize that you are wretched, pitiful, poor, blind and naked…

Those whom I love I rebuke and discipline. So be earnest and repent. Here I am! I stand at the door and knock. If anyone hears my voice and opens the door, I will come in and eat with that person, and they with me. ” (Revelation 3:14-17, 19-20)

What happened to Sue Warnke was a series of “knocks” to which she responded and slowly opened herself up to the One who loves her and welcomes her into a New Life.

First, she received an email from a specialist with a long medical article about treatment for her special needs son. Buried in this long article were these words: Surrounding us is a world of unbelievable beauty, peace, and utter fulfillment created, many of us believe, by a loving God.” She was mesmerized by these words which seemed so out of place in this article. She reread and reread and reread this sentence. The melting was beginning.

The next day she had this very strange desire to listen to Christian music. This was very odd to her – she says she had no idea how to even find this music but to search for “God” in Spotify. She fell in love with the calm and peace of this music about Jesus and hope and redemption. She was too embarrassed to even tell her family about what she was listening to with her headphones!

Then she approached a family friend who attended church. She asked if she could go to church with him. She blitzed out of the house that next Sunday morning before her confused family could question her. The music there continued the heart melting as did the loving words of the speaker and the people who prayed for her at the end of the service.

With her heart and head in turmoil, the next day she escaped on another business trip. But that evening in her hotel room she says she received two God messages. One from her church friend who simply texted: “I pray that the Holy Spirit will reveal Himself to you today.” Before she could even digest this – she barely even understood what it meant – her phone rang. It was her sweet Auntie Jean who simply said: “I don’t know exactly why I’m calling, but I’m supposed to tell you two things. #1: I want you to know that I will love you forever. And ever. And #2: ”she said, “I’m supposed to ask you to look for the Holy Spirit in your life.”

This was beyond coincidence. The sequential messages. The timing. The friend and her Aunt had never met. Jean had never even mentioned God before.

God Loves the Brokenhearted
Sue Warnke’s heart succumbed that very evening. On her knees the only words that came out were “I’m sorry.” And thus on “the saddest and happiest day of her life” a renewed life began. Since that January 2017 evening, other family members, including her husband, have come to faith in Christ as well as several close friends. She quit her new job and was reinstated in her old job – like a gift from God. Today she thrives at her job and leads Bible studies and prayer groups at work and has become a popular speaker on faith in the workplace. She says she now is one that prays for people after church services.

Sue’s personal testimony is an amazing turnaround story showing how far we can be, yet how far God will go for any of us on the other side of that knocking.