Home › Church › Jesus and the Book of Revelation

Jesus and the Book of Revelation

The evangelical church is fairly confused about the Book of Revelation. Some teaching is so complex and didactic that it turns off  both Christians and non-Christians. By aligning what Jesus predicted with historical record can actually bring clarity to a perplexing topic. ♦ 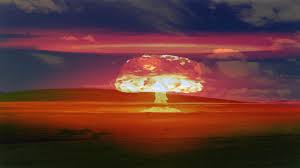 A young friend recently told me that she would never read the Book of Revelation because “it scared her.” I asked her if she had ever tried. She said that it was “too hard for anyone to really understand anyway.”

This prompted a discussion about a Biblical view of Revelation that she had never heard. She left with a renewed sense of faith, wondering why this wasn’t taught in churches.

Here’s a breakdown of our discussion.

Who Was the Audience for the Revelation?
The vision (revelation) from Jesus Christ was given to the apostle John as a message to the early Christian churches at that time:

The revelation from Jesus Christ, which God gave him to show his servants what must soon take place. He made it known by sending his angel to his servant John, who testifies to everything he saw—that is, the word of God and the testimony of Jesus Christ. Blessed is the one who reads aloud the words of this prophecy, and blessed are those who hear it and take to heart what is written in it, because the time is near. (Rev 1:1-3)

The Christians in these early church communities were made up of both Jews and Gentiles who were now following “the New Way.” This letter of “the revelation” was passed around to the other Christian churches throughout the Roman empire as were most of Paul’s letters – copied and distributed for general instruction and encouragement to the early Church.

What Was the Message of the Vision?
There is first a sense of urgency in a reproach and challenge to each of 7 churches in the province of Asia forewarning them of coming tribulation and judgment. The message was that a horrific calamity and God’s coming judgment was at hand. Jesus was “coming in the clouds” in final judgement against the Whore of Babylon, an ongoing Old Testament Hebrew reference to Israel’s disobedience. The vision is laden with Old Testament imagery and symbolic language aligned with the warnings from the Old Testament prophets. The judgment and final destruction and “end of the [Jewish] age”  would come against the great city Jerusalem who had rejected the Messiah even in their own midst (“Crucify Him, Crucify Him!”) 40 years (a generation) earlier.

Jesus himself predicted the great judgment event in Luke 19 and Matthew 24 when speaking to his disciples in reference to Jerusalem:

As he approached Jerusalem and saw the city, he wept over it and said, “If you, even you, had only known on this day what would bring you peace — but now it is hidden from your eyes. The days will come upon you when your enemies will build an embankment against you and encircle you and hem you in on every side. They will dash you to the ground, you and the children within your walls. They will not leave one stone on another, because you did not recognize the time of God’s coming to you.” (Luke 19:41-44)

“So when you see standing in the holy place ‘the abomination that causes desolation,’  spoken of through the prophet Daniel [Daniel 9:27, 11:31, 12:11] — let the reader understand — then let those who are in Judea flee to the mountains. Let no one on the housetop go down to take anything out of the house. Let no one in the field go back to get their cloak. How dreadful it will be in those days for pregnant women and nursing mothers! (Matthew 24:15-19)

“Truly I tell you, this generation will certainly not pass away until all these things have happened.” (Matthew 24:34)

In fact, within a generation (40 years), there was a three and a half year Roman-Jewish war that culminated in A.D. 70 with the Romans finally crushing the Jews, destroying the Jewish Temple, and leaving the city of Jerusalem desolate. Even secular historian Josephus commented: “the misfortunes of all men, from the beginning of the world, if they be compared to these of the Jews [at the destruction of Jerusalem], are not so considerable as they were” (Wars of the Jews, Preface, 4). Over 1 million Jews were killed in the city as it was decimated.

How Did This Get So Misinterpreted?
John Nelson Darby developed an interpretation of Revelation called Dispensationalism in 1830 in England. His teaching was later made famous in America by Cyrus Scofield’s Scofield Reference Bible published in 1909 with this theory printed throughout the Bible as commentary; the first time commentary was allowed to be published with the Holy Scripture text. This reference Bible became the standard textbook in the 20th century for growing American seminaries (Moody Bible Institute, Dallas Theological Seminary, Talbot Seminar, Biola College, to name a few).

Consequently, many American senior pastors in America have been educated and trained in common dispensational teachings like the Rapture, the 7-year Tribulation, the distinction of Israel and the Church, Temple rebuilding, the Anti-Christ, a literal 1000-year reign, Armageddon, etc. Varying iterations have been further popularized in books by Hal Lindsey (Late Great Planet Earth), and Tim LaHaye (Left Behind series).

This is why the evangelical church is still divided on the topic. Over 40% of Americans believe that Jesus will return by the year 2050 (Pew Research). Many Christians still hold onto semblances of dispensational thinking with didactic and strident teachings about the “end times.”

So What is the Answer?
Don’t let the Book of Revelation scare you or let any information presented here in this post shake your faith. Jesus is “returning again” but not in any way anyone can decipher. The Book of Revelation lays out a judgment-heavy indictment and punishment on apostate Israel. The New Israel – the Christian Church (for everyone: Jews and Gentiles) ushered in the Kingdom Jesus spoke about, empowered with His Spirit, though still operating in tandem with a worldly evil that is not yet removed. Such is our broken world, though now with a Redeemer, awaiting a final end and judgment and then a new heaven and a new earth (35 years or 3000+ years from now). In the meantime, there’s no escaping our full living in this Kingdom under His authority for as long as He desires.

It’s nothing more complex than that.