When professional ballplayers share their Christian testimonies, we see that they’re very real people like us who struggle with life and faith in the midst of a very public vocation. It’s actually very refreshing, disarming, and highly inspirational. ♦ 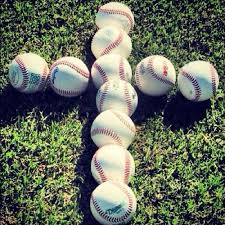 Over 40,000 people watched them play a baseball game that afternoon in a gem of a stadium called AT&T Park in San Francisco. The home team lost but an estimated 7,000 people stayed after the game for an event that’s been occurring here annually with this team for 15 years.

It’s a post-game event where professional ballplayers share their faith and Christian testimony. The event has grown from a couple hundred people at a local restaurant to a live concert and stage event held at the ballpark in right-centerfield with thousands of patrons lounging in the outfield grass.

This past weekend my wife and I attended our first San Francisco Giant’s Fellowship Day.

Real Players. Real People. Real Christians.
The concert performer was Christian recording artist Jeremy Camp, who himself looked like an athletic ballplayer, even a football tight-end. He played 3 warm-up songs before turning over the reins to Giant’s General Manager, Bobby Evans, who served as the Master of Ceremonies. I had heard Evan’s personal Christian testimony earlier in the year at a Silicon Valley Prayer Breakfast event. He’s honest, humble and deep in a faith that has carried him to the upper echelons of major league baseball and the Giant’s front office. His Christian faith syncs well with his business competence, high integrity, and family commitment.

He introduced the panel of players and interviewed them about their own personal Christian faith and how it applies to the demanding ups and downs of working as a professional baseball player. Here’s a summary of the players and their comments:

Why We Idolize
It’s interesting that we watch players and cheer for teams, applauding and lamenting good and poor play and outcomes. It’s easy to look at high-caliber professionals athletes and raise up and idolize them as something different from us and our normal worlds and lives. When you have the privilege to watch and listen to them share as individuals about their marriages, families, fears, desires, victorious highs, crushing lows, uncertain futures and steady disappointments, you realize they are simply people like all of us.

They just live their lives in an arena with people judging how well they perform. Every day.

When they come off the pedestal and shed the hype, Christian ballplayers are highly appealing people. We can still admire them yet now come closer to understanding we all have a similar walk with Christ – one that requires, no matter our status, full surrender, humility and dependency. Our life becomes a living sacrifice.

And that coming from a life-long Dodger fan.

Like Loading...
‹ Stephen: Humble, Bold, Wise, and Fearless
The Bible as Literature – as Good as the Classics? ›