How can one claim firm belief in God in the midst of such personal tragedy? How can this highly successful investor claim Jesus as the best investment you’ll ever make? ◊ 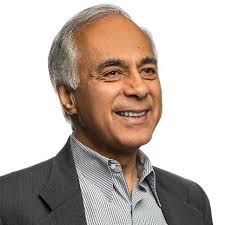 I heard a very successful businessman today say that he’s had many highs and lows in his career. I heard him say the hardships made him stronger and more resilient. I heard him speak fondly and proudly of his wife of 40 years and his 3 daughters and his multiple grandchildren. I heard him speak of “giving back to the community” with time and resources.

Sounds like the typical profile of a successful life.

Here’s what else I heard.

I heard him say that he made an astute decision to become a Christian, a follower of Jesus, as a student in engineering school in India. I learned that he pursued business, then enrolled in seminary only to be told he had no pastoral gifts and so returned to the world of business. Over the next 27 years he worked as a spectacularly successful venture capitalist in the Silicon Valley.

I then heard him say that just 4 years ago his 27-year-old daughter was diagnosed with stage 4 colon cancer weeks after giving birth to her first child. She died 4 months later surrounded by her husband, infant child, parents and other family members.

I heard that he asked at the time, “God, where are you?”

While not in specific words. I heard him give a very clear answer.

A Silicon Valley Story
This year’s keynote speaker at the annual Silicon Valley Prayer Breakfast was Promod Haque, a premier venture capitalist. As Senior Managing Partner of Norwest Venture Partners, his portfolio investments in over 70 companies have had a worth of over $40 billion. He’s been recognized by Forbes as a “Hall of Fame” investor and has made their Midas List 13 times, including 2004, when he was ranked the #1 venture capitalist based on performance over the previous decade.

While possessing this most impressive resume, his personal testimony of his integrated Christian faith, family and business was inspiring and thought-provoking. I came away with 3 key thoughts of note:

So Where is God?
In his powerful personal testimony today, Promod Haque indirectly answered his own question at the time of his recent family tragedy – “God, where are you?

God is here, God is real, God is manifested in this lost world now found. God is love. God comforts. Due diligence will reveal the truth and reality of God and Jesus Christ. Personal commitment and investment in this spiritual treasure will not rot or fade but prove to be the best investment that can be made. And finally, as death eludes no one,  it is okay to die. When we possess that kind of eternal perspective beyond the cares of this world, we hold on to a cherished hope that rings true, lovely, and ever secure.

What are you invested in?
_________________________
“Show me, Lord, my life’s end and the number of my days; let me know how fleeting my life is. You have made my days a mere handbreadth; the span of my years is as nothing before you. Everyone is but a breath, even those who seem secure. Surely everyone goes around like a mere phantom; in vain they rush about, heaping up wealth without knowing whose it will finally be. But now, Lord, what do I look for? My hope is in you.” – Psalm 39:4-7