Being Biblically and Politically Correct 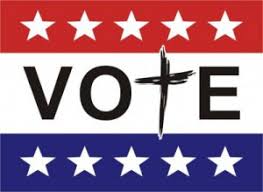 There’s a proverb in the Bible (Proverbs 29:27) that claims a simple truth: The righteous detest the dishonest; the wicked detest the upright. Of course, the problem with this statement today is determining just who is righteous and upright and who is wicked and dishonest.

Things have certainly changed from the old fundamentalist tenet that “I don’t smoke, and I don’t chew, and I don’t go with girls who do.” While the “chew” in this quaint statement referred to chewing tobacco, I do recall hearing a report that one of the biggest issues that teachers faced in schools when I was growing up was students chewing gum in class. Popping your gum was really bad.

I guess many would settle today with the fact that the entire Righteousness and Wickedness curve/spectrum has shifted.

Expanding on this, clearly we are seeing and hearing so much now about bad behavior by our leaders in local, state, and national government and even long-respected national agencies and public and private-sector organizations. I have actually heard these bad reports all my life. What’s changed is the exposure and communication of issues and incidents.

Which brings up the topic of our reaction as Christians to Government and Society around us. Should we care? Should we ignore? Should we engage and campaign? Should we vote?

How should we vote?

Who’s in Charge?
When confronted with the question about paying taxes to the government, Jesus said “Pay to Caesar the things that are Caesar’s, and to God the things that are God’s.” (Matthew 22:21) That is, pay your taxes that are due to governmental authorities. Later, in his grand Christian treatise – the Book of Romans – the apostle Paul writes: “Let every person be in subjection to the governing authorities. For there is no authority except from God and those which exist are established by God.” (Romans 13:1)

When we are under the authority of any government we should adhere to the law of the land. It’s an interesting twist when we understand that God is the One who establishes any who would be placed in governing authority.

And certainly we know that not all governing leaders and authorities are the good guys.

We have ample evidence throughout the Bible of good and bad kings overseeing God’s nation of Israel. The bad kings were always noted as ones “who did evil in the sight of the Lord.” What’s interesting is that God allowed each one, good and evil, to come to power. It was often the choice of the people, allowed by God, who let them operate in disobedience, or else an ordained selection by God directly.

Either way, the truth remains that there is no authority except from God and those which exist are established by God.

Therefore What Should We the People Do?
We should pray for our leaders, that they do not do evil in the sight of the Lord. And, if we are blessed to be in a position to select or vote for our leaders, then we should be wise and select those leaders who will be obedient to the Lord and not otherwise.

To be very clear, we here in America are not a theocracy. We are a democratic republic with a constitution which can be amended by a popularly elected government. Therefore we should pray for and elect people who respect and honor God and His moral code and who recognize His authority over their rule.

Consider the following Biblical guidance on this issue:

Theology and Cultural Ideology
We should take care not to allow our Biblical theology to succumb to cultural ideological pressures. At the same time we should not depart from the current social order as separatists hiding in the hills. Better to be salt and light, as the Church, in a drifting society that needs prayer, Godly models, and wisely rooted leaders—God-inspired leaders that know the source of that power and who humble themselves before the people and the Lord.

“My son, if you accept my words and store up my commands within you, turning your ear to wisdom and applying your heart to understanding, indeed, if you call out for insight and cry aloud for understanding, and if you look for it as for silver and search for it as for hidden treasure, then you will understand the fear of the Lord and find the knowledge of God. For the Lord gives wisdom; from His mouth come knowledge and understanding. He holds success in store for the upright, He is a shield to those whose walk is blameless, for He guards the course of the just and protects the way of His faithful ones.” – Proverbs 2:1-8