Good Teachers Don’t Do This

Why does there remain today this patronizing view that Jesus was a good moral teacher? Good teachers don’t come close to doing this. ◊ 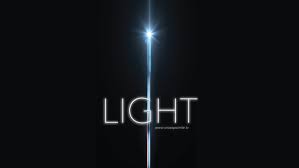 The Gospel of John reads like a good book. I suspect some people today are not reading it. It draws you in right away in the opening chapter with a profound connection between “the beginning” and the existence of “the Word” being “with God” and “was God.” The  literal word, “Word” comes from the Greek word logos, which, beyond the obvious, also means “reason” or “plan.”

While confusing, this is actually a good choice in words, as this Greek word was first used 600 years earlier by a Greek philosopher named Heraclitus to designate the divine reason or plan which orders the cosmos and gives it form and meaning. (Brittanica)

Writing so that readers “might believe that Jesus is the Christ, the Son of God, and in this faith have life in His name” (John 20:31), John starts out in John 1:1 clarifying that this Word is in reference to God incarnate, or Jesus Christ in the flesh. John harkens back to the well-known opening words of the Hebrew Scriptures in Genesis 1:1 which state: “In the beginning God created the heavens and the earth.”

It’s complex yet simple: Jesus/God created. God spoke the Word and all things into existence. Jesus is God, the Reason, the Plan.

In his opening prologue, John the Apostle speaks of Christ as the eternal, pre-existent One who became flesh. This is voicing Jesus as God, as Deity, and is consistent with Paul’s teaching that “in Christ all the fullness of the Deity lives in bodily form.” (Colossians 2:9)

Lest there be any confusion, John drives home the point in the next few verses, John 1:2-5, 14:

He was with God in the beginning. Through Him all things were made; without Him nothing was made that has been made. In Him was life, and that life was the light of all mankind. The light shines in the darkness, and the darkness has not overcome it….The Word became flesh and made his dwelling among us.

Yes, one is confronted very quickly in the Gospel of John with the uncomfortable notion in this unusual introduction to Jesus by one of His closest disciples: Jesus in not a normal human being.

Jesus, the Good Guy
Yet if you ask most people, they will admit that Jesus was a good and wise teacher. That he cared about the poor and taught about love and living a good life. Some may even say he was the son of God and he died for our sins, and yet they’d still be hard-pressed to really explain what that odd statement implies beyond some vague future in heaven or hell.

But as C.S. Lewis pointed out in his book, Mere Christianity, we’re really not left with that as an option:

“I am trying here to prevent anyone saying the really foolish thing that people often say about Him: ‘I’m ready to accept Jesus as a great moral teacher, but I don’t accept his claim to be God.’ That is the one thing we must not say. A man who was merely a man and said the sort of things Jesus said would not be a great moral teacher. He would either be a lunatic — on the level with the man who says he is a poached egg — or else he would be the Devil of Hell. You must make your choice. Either this man was, and is, the Son of God, or else a madman or something worse. You can shut him up for a fool, you can spit at him and kill him as a demon or you can fall at his feet and call him Lord and God, but let us not come with any patronizing nonsense about his being a great human teacher. He has not left that open to us. He did not intend to.”

I love Lewis’ intellectual frankness. Like John the Apostle, he doesn’t let us easily get away with mental laziness.

We do have a very real choice to make.

The First Witness to the Light
And knowing that people need proof, God sent prophets of old, but now He sent a new witness, John the Baptist (different from the Apostle):

The next day John [the Baptist] saw Jesus coming toward him and said, “Look, the Lamb of God, who takes away the sin of the world! This is the one I meant when I said, ‘A man who comes after me has surpassed me because He was before me.’ …Then John gave this testimony: “I saw the Spirit come down from heaven as a dove and remain on Him. And I myself did not know Him, but the one who sent me to baptize with water told me, ‘The man on whom you see the Spirit come down and remain is the one who will baptize with the Holy Spirit.’ I have seen and I testify that this is God’s Chosen One.”

This is only Chapter 1 of the Gospel of John which testifies to the existence, evidence, works and miracles of the supernatural Jesus Christ, the God/Man who goes way beyond the standings of a good moral teacher.

How are you honestly dealing with the choice before you?
_________________________
In the past God spoke to our ancestors through the prophets at many times and in various ways, but in these last days He has spoken to us by His Son, whom He appointed heir of all things, and through whom also He made the universe. – Hebrews 1:1-2