Changing Our Beliefs and Opinions

Ever change your mind about a person? Ever been so set against someone or something that only a miracle could change your point of view? Watch what God does here. ◊ 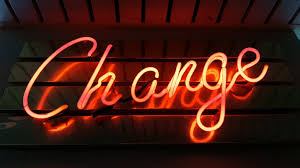 We are all familiar with religious differences, and racial divisions, and national and political divides. We see similar chasms over economic status and policies, lifestyle choices, even levels of spiritual maturity.

And these differences can destroy as they bring about disunity and separation. They certainly lead to prejudice, bias, and isolation of thought, as these divisions promote group-think, blindness, and close-mindedness to other perspectives, insights, and even information.

Of course, this has been going on for centuries in human history. But it should be particularly familiar to us given our current volatile cultural and political environment.

And how about you?

Have you ever really changed your mind about a person? How about your own personal long-held beliefs? Have you ever been so dead-set against someone or something that only a miracle could change your point of view?

God Changing Hearts and Minds
The Bible’s New Testament contains an intriguing story that highlights tremendous division of political thought, social standing, and religious beliefs. And God uses a peculiar series of miraculous encounters and visions to bring about a significant shift in thinking among differing people. These incidents led to the explosive growth of the new Christian faith within a short couple of years after the first century death and resurrection of Christ.

Here’s the story of Cornelius’ vision:

Cornelius was a Roman soldier based in Caesarea. He was a God-fearing gentile, not a Jew. One afternoon while praying, he had a vision of an angel who told him that he was to send men to Joppa (about 30 miles away) to find and bring back a man named Simon (Peter) who would be staying at the house of a tanner named Simon. Cornelius did what he was told and sent three of his men to Joppa. (see Acts 10:1-7)

Here is the story of Peter’s vision:

At the same time, God was preparing Peter’s heart to minister to his coming Gentile visitors. The next afternoon, while praying, God gave Peter a vision of an assortment of animals, both clean and unclean. Though Peter heard a voice saying, “Get up, Peter. Kill and eat,” he resisted because as a devout Jew he had never eaten non-kosher food before. But the voice replied, “Do not call anything impure that God has made clean.” This vision was repeated three times.

While Peter was pondering the meaning of his vision, he heard the Spirit saying that three men were waiting for him at the gate of Simon’s house and that he should go with them without hesitation. Peter met the men Cornelius had sent from Caesarea the day before. The men told Peter of Cornelius’s visitation by an angel and asked him to come and speak to Cornelius. Peter invited the men to stay the night, and the next day Peter and the men return to Caesarea. (see Acts 10:9-23)

Here is the story of Peter’s visit to Cornelius’ House:

Now Cornelius was waiting for them with his family and close friends. When Peter saw Cornelius and the larger gathering, he reminded them that it was against Jewish law for Peter to be associated with Gentiles. But that God had shown Peter a vision to not call any person common or unclean.

Peter now understood that the animals in his previous vision were symbolic of the Gentiles, to whom God was preparing to give the gospel. Then Cornelius told Peter about his vision in prayer and angel who told him to seek out Peter in Joppa. Both Peter and Cornelius saw that God had moved through the Holy Spirit to bring them together. Cornelius then said, “Now therefore we are all here present in the sight of God to hear all that you have been commanded by the Lord.” (See Acts 10:24-33)

Here is Peter’s Sermon to Cornelius and his family:

Then Peter said, “I now realize how true it is that God does not show favoritism but accepts from every nation the one who fears him and does what is right.”  Peter then preached the good news gospel of Jesus Christ to everyone gathered in Cornelius’s house. He spoke of Jesus’ baptism and anointing by the power of the Holy Spirit, and how he and the apostles were eye witnesses to all Jesus did and his death and His resurrection and life on the third day. Peter then told them of Christ’s command for them to preach to the people and testify that Jesus is the “one ordained by God to be judge of the living and dead” and “that everyone who believes in Him receives forgiveness of sins through His name.”

This miraculous series of events was evidence for all that the gospel of Christ was for all people, not only for the Jewish people. (see Acts 10:34-48)

Serious Differences
God does change hearts and minds and goes to great lengths to do so. The Bible is full of incidents of people being transformed by the evidences and encounters with the living God and His Spirit among us.

Cornelius and his family were fine and happy with their standard religious belief practices. Peter was pretty set in his ways as well. They probably would have argued and debated their particular positions and perspectives if they’d ever had the opportunity to state their stance against each other.

But God changed them both in an amazing way. It’s a credit to each of them that they opened their hearts and minds when their eyes were opened to a new set of beliefs, ideas, and truths different from their own set standards.