Can we really hear from God or do you have to be some kind of modern-day prophet? How can I really know God if it’s only a one-way conversation? ♦ 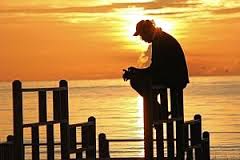 It’s a question one will wonder or even ask when confronted with someone who says they “heard from God” or “God told me” or something to that effect: “Did you hear a real voice?” or “How did you actually know it was from God?” The common thinking is that only crazy people hear voices, or only old school Bible prophets, or that God never speaks to me so why is this person so special?

What do they have that I don’t have?

I used to wonder that all the time. Then I got religion. No really. I then really got it, it’s become clear how it all works. Only took me the past 15 years.

I should have known sooner. We all should learn it, know it, and live it sooner than later. The crazy thing is that it’s right before us and we don’t see it or experience it.

God speaks to me every day. And I’m not crazy. I’m crazy on days when I’m not paying 100% attention.

Remember Samuel?
God’s given us all the information we need to understand how this works. There’s a fascinating character in the Bible named Samuel. He lived about 3,000 years ago at a time when Israel was managed by priests, not kings. His mother, Hannah, was a case study herself in her commitment to God. She was devoted to God but was barren. She cried out to Him in fervent prayer for a son. She surrendered him to God before birth, and when God gave her Samuel (meaning “heard by God” in Hebrew) she took him to the House of the Lord, the temple, to be reared by Eli, the priest of Israel.

Eli was not a godly leader. He allowed corruption, including the sins of his sons in God’s house. God was not pleased with Eli and later judged him and his household. Even in this negative environment God is available and wants to work and live with those who earnestly seek Him. Though exposed to religious hypocrisy all round him, Samuel grew up serving God in the temple without being corrupted.

But God spoke literally to Samuel (1 Samuel 3:4-14), and even then Samuel missed it until the third time. When he finally caught on, Samuel became a great tool for God restoring law, order, and right worship in the land for the rest of his life.

We Too Can Be Like Samuel
The amazing thing is that today we can all be like Samuel. We may grow up in religious environments and go to church each week, or not, as in my case. We may have lots of head knowledge about God and the Bible but we do not recognize the voice of God in our lives. Indeed, there comes a time when we must discern God’s voice for ourselves. God does not want us to have a religion or know doctrine. He wants us to have a 2-way relationship with Him. Samuel was never the same after his encounter. He would know God’s voice and respond to him in obedience. To great impact in his time and beyond.

In the Old Testament God revealed Himself to big name heroes of the faith like Noah, Abraham, Isaac, Jacob, Moses, Joshua, to judges, kings and prophets like Deborah, Jonah, Samuel, David, Isaiah, Jeremiah, Ezekiel and more. All for useful and purposeful intent to usher in the restoration and salvation of the earth and man through his one-day perfect gift, Himself in flesh, Jesus Christ, to die a sacrificial death as atonement for man’s sin once and for all. And He still seeks obedient vessels today, even us, those that would go beyond head knowledge of God, to personal relationship and submission in obedience so that He can continue to accomplish His purpose and impact in this present world.

No Magic
Today, in a post-New Testament world, we have access to God through the Holy Spirit, that tangible “helper” and guide, literally, the Spirit of Jesus available to each of us believers in prayer and devotion and obedience. There’s nothing to it beyond our earnest submission to the one true God, through the Spirit.

God’s been trying to get my attention all my life. He’s been doing the same with you. I missed it the first few rounds, as you might have too. In His infinite patience, He kept at it, waiting through years of my comings and goings of various levels of being “into it” and not. My Christian life was a lifetime of quasi-devotion caught up in the cares of the world. Easy to do, but not a recipe for hearing God.

If you’re not “hearing” anything, check your life and heart devotion and surrender to God/Christ through His Spirit. He hasn’t moved; maybe you have. When I woke up and got on my knees, physically and spiritually, a whole new world opened up to me in my personal relationship with Him. And no, I don’t hear voices. These days I personally feel His presence physically and tangibly sense His guidance in discerning prayer. On top of that, I know Him more and more as revealed in His comprehensive Word, the Bible, which far exceeds the wisdom of man.