Home › End Times › The Fallacies of Blood Moons, Harbingers, and the Shemitah 2015

The Fallacies of Blood Moons, Harbingers, and the Shemitah 2015

Is the world going to end or the stock market going to crash? Are we living in the Last Days? What’s all of this about Blood Moons and the Shemitah and the month of September 2015? Once again, it’s much ado about nothing. ♦ 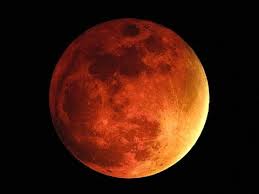 Or maybe just a bad day.

Don’t bet against the latter. It’s once again another round of earnest but dubious prognostications by End Times enthusiasts and would-be Bible scholars who twist the Biblical scriptures and project so-called prophetic words on a confused and uninformed public and equally gullible and uninformed Church.

Books, Sermons and Misinterpretations
Be careful what you read, watch or listen to in books, TV, radio, and even in church pews. The religious world is abuzz again over the teaching about the appearance this year of consecutive blood moons on Jewish feast days, as well as another prophetic dating game involving the Jewish 7-year mandated agricultural cycle called the shemitah, played this time by Jonathan Cahn from his book, The Harbinger, and the application of Old Testament Biblical passages to a coming wrath and judgment against America.

It’s all very fascinating, even exciting, particularly for Christians who are susceptible to Bible-referencing authors and predictors of calamity.

But why do we fall for this?

Because it’s so intriguing and provocative! It is indeed easy to be deceived by fanciful rhetoric of those who would connect the dots of mysteries and patterns in Biblical passages and align them to modern events. These merchants quote passages from the Book of Joel and the Book of Isaiah and we all go weak at the knees:

We would do better to study the Bible and know the context of these passages and not become victims of sensationalized newspaper eschatology.

What Exactly are the Blood Moons and Shemitah About?
The combination of these two separate dynamics are causing lots of prophetic hype and confusion. Let’s review these two issues:

Who Are We to Believe?
Be wary of hype and secret codes. The Bible is the Word of God in which He clearly reveals Himself. Do not believe religious pastors and prognosticators who have been consistently wrong in their end-times predictions or make very strained connections from verses to current events. Try studying the Old Testament by itself apart from modern prophetic books that attempt to predict the end of the world. Understanding the Old Testament and its language and context for what it is: a history of the Hebrew people, God’s chosen race beginning with Abraham, through whose lineage would come the remission of sins and the redemption of all mankind through the sacrificial death and blood of Christ.

Some truths to note:

Israel’s rebuilt Temple was destroyed by the Romans in AD 70 exactly as Christ had predicted in Matthew 24. That calamity was foreshadowed in the New Testament’s Book of Revelation as a harbinger with highly symbolic Old Testament language and imagery for the early Christian Church (made up of mostly ex-Hebrews) to be encouraged and warned that in their lifetime they would see God’s wrath once more come upon thoroughly desolate and disobedient Israel, particularly her capital city, the whore of Babylon, the harlot in bed with the beast, Rome, who conspired on the killing of Jesus, the Messiah.

It’s a fascinating narrative. They should make a movie of it. But the Book, and only True Book, would be better.