Those who lived through the Jesus Movement may see a familiar pattern with our modern-day cultural environment. Are we primed for another Jesus Movement? ◊ 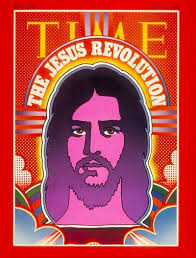 I became a Christian as a youngster in the early 1970’s. In fact, many of us in the late Boomer generation got exposed to Christianity during the so-called “Jesus Movement” that started in the late 1960’s, blossomed in the 1970’s, and then waned in the 1980’s.

While I personally came to a faith in Jesus through a logical presentation of the Christian message by a skilled evangelical speaker named Ken Poure, I was too young and naive to be influenced by all of the serious cultural forces and dynamics that were going on all around me.

Looking back, I can see how these cultural trends and pressures set the stage for the Jesus Movement then to sweep across the US from the west coast, across the nation, and then through other regions around the world.

With that perspective, I can now see the stage being set for another real Jesus/Christian movement of sorts that moves just as deep and wide but perhaps with a very different trajectory than the one that changed the modern world 50 years ago.

Forces and Dynamics in Play
While it’s difficult to think of a more tumultuous time as now with the global Covid pandemic and the divisive US political scene, the 1960’s as a decade was in a class all by itself in terms of cultural and political upheaval. Here’s just a short list of major events that impacted the social psyche of the US, and ultimately the world:

While there were domestic racial and generational tensions with a growing post-WW2 Baby Boomer generation, there were global political forces still in play between the US and the USSR. The Cold War was very much driving fear of nuclear proliferation and potential annihilation across the world.

We should have always known that war machinery and industrial development are luring arenas for political power and financial gain. Even back then it was difficult to understand who were the good guys as opposed to the bad guys. And who was even telling the truth?

Jesus Then and Now
But the same Jesus that lived and died and rose and was witnessed by over 500 people (see I Corinthians 15:1-8) and whose living Spirit has impacted human history since, was there in the 1960’s, 1970’s and even today.

As with the cultural and political movements over the centuries since that eventful 1st century, the Spirit of God has been manifested over mankind. And mankind has manifested its own interpretation of God through religion, religious wars, economics, and politics.

In our own lifetimes, the growing Baby Boomer population bubble in the 1960’s and 1970’s influenced youthful cultural changes in music, fashion, and lifestyles that have morphed even moreso over time with subsequent generations. Political and social rebellion played out in dramatic and tragic form as well. Some people anticipated the ending of the world which was supported through sermons and books.

The Late Great Planet Earth was one such book of grossly wrong eschatology that did have one benefit of encouraging me to stay a Christian so that I would “not get left behind” when Jesus comes back and “raptures” the church. Fear and misguided theology have been around a long time.

Loss and Gain of New Hope
I believe that American youth then were swept up with the “Jesus is Coming Soon” boom that was a vital theme of the Jesus Movement. Combined with social disillusionment, political upheaval, the Viet Nam war, fear of nuclear holocaust, and inner-city racial tension and division, there was a ripe atmosphere for the new hope of Jesus.

It was a positive movement that played out for some time and shaped a significant core of our American nation before the Boomer generation settled into a comfortable life of career, family and wealth building.

Which brings us to today.

A new day of political and cultural upheaval. Then add a global pandemic and mixed information sources, communications, motivations, and new living norms.

Makes one want to rethink their views on spirituality, religion, purpose, and even Jesus. Actually, at the heart of it all it is the one thing that never goes away, it’s Jesus, the Christ, the one so talked about and written about in the Holy Bible we all grew up supposedly holding up as the sacred Word of God.

The Comeback
I believe Jesus and Christianity is making a comeback. For so many of us, of course, they never went away. We may have strayed over the years, but Jesus is timeless and God is eternal and over all things. We change, but God never changes. And now that life, finance, politics, communications, and commerce have all been undergoing resets, I believe the seeking and yearning faith of all mankind will return to renewed views of that old Truth, Jesus.

But the ways of engagement will again be through the Spirit of God and the power of prayer, and not necessarily through church attendance growth. The comeback will be personal and relational discipleship growth. Small groups, one-to-one, word of mouth, sharing of devotional words of encouragement. And of course, the reading and studying of the Holy Bible, the ever-sacred Word of God.

Just like that first century “church” of that initial Jesus Movement. Some things never change.