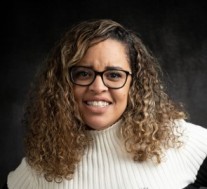 “How could God ever love a person like me?” It’s a common question with serious implications. She ultimately answered her question with a personal epiphany. ◊

I heard the story today of a young girl whose parents were biracial, white and black. They were 19 and 21 when she was born into their counter-culture world of sex, drugs, and rock & roll. Their lifestyle involved a lot of partying and her father was a heavy drinker and drug user.

There were incidents of infidelity and domestic violence and her father was eventually incarcerated. Her mother fled the state of Pennsylvania for Florida for their own safety from abuse from her father. After an experience in foster care, her mother moved her out to San Francisco to find a better life. The young girl ending up nurturing her own mother at times who was broken down and unknowingly impacted by post-traumatic stress disorder (PTSD) and depression. She grew up fast and learned to take care of herself and others.

And you think you’ve got problems?

Cynicism Toward God
She had a childhood friend who started talking to her about God. She’d have none of it. Though a baby sitter would take her to Catholic services, and friends of her mother would share their variations of faith and religion with her, none of that resonated with the bitter and hardened heart she naturally had developed.

She says now that though people were nice and well-meaning in telling her about God, her overarching thought was “that’s good for them. but I’m not cleaned up enough or good enough or not willing to do what it takes to get God.”

It’s a classic question: How could God ever really love someone like me?

With an implied corollary question: And if God doesn’t really love me, then why should I ever love him?

Vanessa’s Story
Vanessa Russell1 says that she wrote her college thesis paper making the case against religion. Her intellectual logic was ultimately overcome by her own heart after giving birth to her first child at the age of 23. She says that she “began to realize that life was a gift and not an accident – a gift from a Creator that beautifully designed each of us with purpose.”

The love theme in her life was blossoming.

She completed college at USF over a period of 10 years going to night school as a single, working mother. She advanced in early technical support roles at Wells Fargo and AT&T and ultimately spent over 12 years as a global senior sales leader at Cisco Systems.

Her wounded heart found a soft spot to help and train other young underprivileged girls in art and dance. One fateful day a woman interrupted her dance class and said that a young 15-year-old girl was waiting outside for her. The young girl was a former dance student who had dropped out of classes recently with no real explanation. Turns out the young girl had been abducted and “sex-trafficked” in Oakland.

Vanessa was heart-broken and ached for the young girl’s plight. She ultimately launched Love Never Fails, a bay area anti-human trafficking organization that serves survivors and their children with housing and clothes. She also has leveraged her Silicon Valley technology background so that these victims can have careers in IT with Cisco Networking Academy and state certified technology pre-apprenticeship programs. Vanessa and her team have now housed over 138 woman and children, prepared hundreds for IT careers, rescued and mentored hundreds, and educated thousands across the nation about the tactics that exploiters use to recruit and harbor trafficking victims.

Personal Epiphany
Vanessa says that the philosophy of her now full-time non-profit business is based on a lesson she needed to know when she was growing up: that Love (God) meets you where you are and even chases you because you are worthy even when the world has thrown you away.

In 2001, Vanessa was struggling with anxiety and depression and locked in another abusive relationship. A Christian friend – her longstanding friend since childhood – continued to pray and encourage her. Vanessa continues the story herself:

A few weeks later the Lord gave me a vision of a baby being held in her father’s arms and I knew that was showing me that I could rest in him…that I was safe in him and that I had found worth and freedom that could not be found through man. Since that time, I have married my husband, Pastor Timothy Russell of New Hope Christian Fellowship in Hayward and we are the proud parents of 7 children, one granddaughter and one on the way…My God is a keeper of his word! Truly I tell you what the enemy meant for bad, God is using for good!

Vanessa now wisely recognizes that “we will never be good enough to earn God’s love.” And fortunately, we don’t have to be. She maintains that as we are made in God’s image, nothing we do really surprises Him. He loves us and will gently mold us into the person He’s called us to be. If we allow Him.

Though we may fail along the way, God and His Love will never fail.